Facetime bug – a newly discovered bug in Apple’s FaceTime software lets Apple users listen in on the people they are calling, and even see through their front-facing camera, without them picking-up the call. 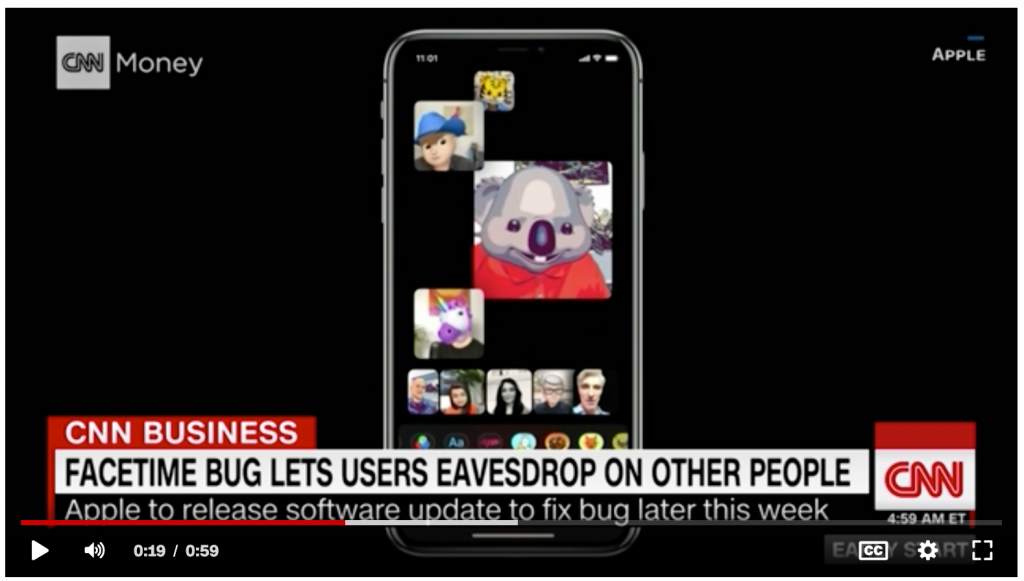 The bug works on iPhones and iPads running iOS 12.1, and Apple PCs running macOS Mojave, which have the recently added Group FaceTime feature.

To avoid falling victim to the bug, disable FaceTime on all your devices until Apple’s software updates have been released.
On an iPhone or iPad, go to Settings -> FaceTime, and toggle off the green button at the top of the screen. To turn it off on a Mac, open the FaceTime app and go to FaceTime on top of the screen, then select “Turn FaceTime Off.”