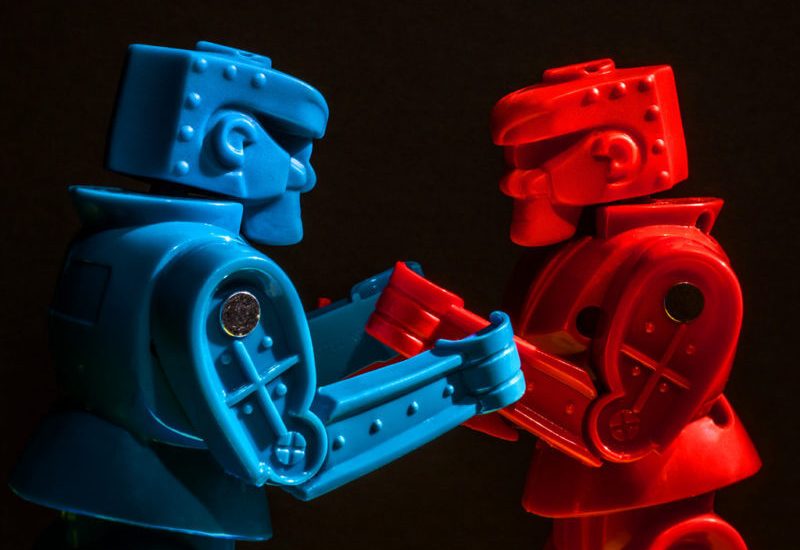 We don’t ordinarily think of Google when we think about competition in the digital marketing world, since it seems to reliably dominate most areas in which it does business. A recent segment discussing corporate monopolies on John Oliver’s “Last Week Tonight“ hilariously referenced Bing as the dominant search engine with a graphic that stated, “Bing. The best place to Google something.”

For the most part, however, the digital marketing sphere has been a fairly competitive landscape, though there were exceptions to this maxim. Established brands frequently dominated top SERP positions because of long-standing trust, fresh domains had to wait their turn in line, and black-hat SEO allowed webmasters to game the system and deliver high rankings for thin content. A decade ago, SEO agencies and webmasters could apply simple heuristics and buzzworthy keywords to rank content regardless of its utility to user intent or actual quality.

The Hummingbird update and subsequent rollout of RankBrain changed all of these notions entirely.

Kristopher Jones
Kristopher Jones is a serial entrepreneur, angel investor, and best-selling author of “SEO Visual Blueprint” by Wiley (2008, 2010, 2013). Kris was the founder and former CEO of digital marketing and affiliate agency Pepperjam (sold to eBay) and has since founded multiple successful businesses, including ReferLocal.com, APPEK Mobile Apps, French Girls App, and LSEO.com, where he serves as CEO. Most recently, Kris appeared on Apple’s first TV Show, “Planet of the Apps,” where he and his business partner, comedian / actor Damon Wayans, Jr., secured $1.5 million for an on-demand LIVE entertainment booking app called Special Guest.