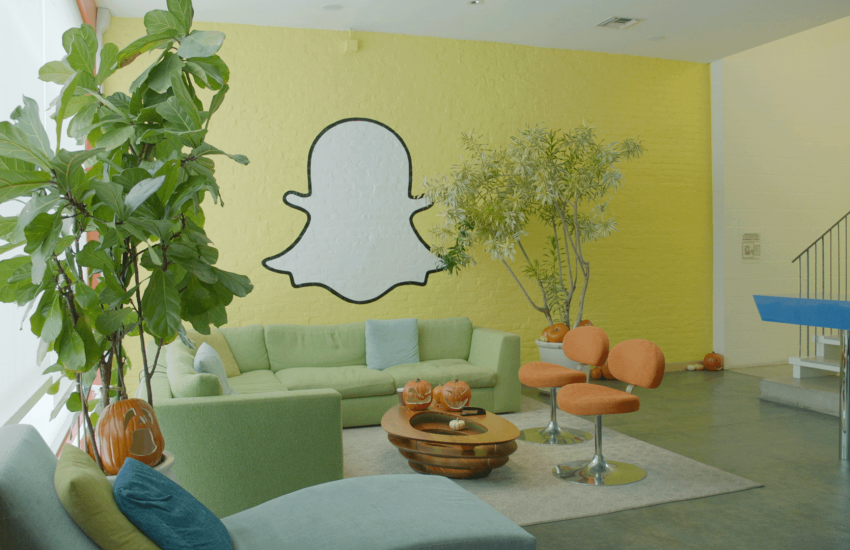 Less than a year after Facebook officially started measuring the brick-and-mortar traffic its ads generate — borrowing from Google’s playbook — Snapchat is rolling out its own version of this online-to-offline measurement and adding more ways for marketers to send people from Snapchat to their stores.

7-Eleven, Paramount Pictures and Wendy’s were among the first brands to test Snapchat’s Snap to Store measurement tool that tracks the number of people who use Snapchat in a brand’s physical location, like a retail store or restaurant, and then checks how many of those people had seen an ad from the brand on the mobile app.

Snapchat can only tell if someone visited a brand’s location if that person uses Snapchat in that location, i.e., if the person opens Snapchat to check their friends’ Stories while standing in line or to snap a photo while trying on a weird hat. The company is not tracking people’s location when the app is running in the background.

Snapchat’s Snap to Store measurement shows advertisers how many people who visited their location had seen the brand’s ad on Snapchat, as well as how many visitors did not see the ad but use Snapchat, so long as at least 1,000 Snapchat users had visited a location. Snapchat’s Snap to Store measurements only track the most recent 7-day window, but the dashboard does also include a chart plotting the first time people visit a location that uses a 28-day window, according to a Snap spokesperson.

Advertisers cannot see Snap to Store measurements for individual locations, the spokesperson said, citing privacy reasons. That means a brand like 7-Eleven, for example, cannot see if a national Sponsored Lens campaign is sending more people to one store versus another a couple blocks away or whether people tend to use Snapchat at one store way more than the other, which could make that store a better choice for a Sponsored Geofilter campaign. Snapchat’s Snap to Store dashboard breaks down the visitors a brand’s ads send to its brick-and-mortar locations.

Marketers can also use the Snap to Store measurement to see how many visitors its ad may have attracted by comparing the group that saw a brand’s ad on Snapchat with the group that did not. These comparisons will show the lift in total visitors, visitors who likely would have visited the location without seeing the ad and visitors who likely came because of the ad. Advertisers can break down these visitors by gender, age groups, gender-specific age groups, state, region and ad type. Sometime soon, Snapchat will also break down these visitors by their Snap Lifestyle Categories, like “gamers,” “football fans” and “beauty mavens.” Snapchat also plans to present industry-specific benchmark measurements so that an advertiser can see how its Snapchat-driven foot traffic compares with other advertisers in its vertical.

In addition to giving brands a better look at how their ads on Snapchat translate into foot traffic to their brick-and-mortar locations, Snapchat is rolling out new targeting options to push people into their stores.

Sometime this quarter, Snapchat will add location-related targeting categories to its Snap Lifestyle Categories, such as “big box store shoppers” and “department store shoppers.” And it is tweaking existing categories like “travel enthusiasts” and “fitness enthusiasts” to include people who use Snapchat at related locations like an airport or the gym, in addition to people who may check out travel-related Discover channels or follow fitness-related Snapchat accounts.

Snapchat will also use data from location-based analytics firm PlaceIQ in defining the audience segments for these location-related targeting categories. PlaceIQ plugs into mobile apps to track where people’s phones go throughout the day, based on their phones’ ad-specific unique identifiers, and then groups those people into audience segments by general location type, such as restaurant, retail store and auto dealership, and by branded location, like Macy’s, Starbucks and Hilton.

There are couple of ways a brand could target ads on Snapchat to people who have visited their stores in the past, but they vary in specificity. For example, a retailer could have bought Sponsored Geofilters around its stores and then grouped anyone who has used those filters in the past into a Snap Engagement Audience to target with ads. Or an advertiser could use PlaceIQ’s existing branded location segments, assuming the advertiser’s brand is among of those listed (or if it wants to advertise to a rival’s visitor base).