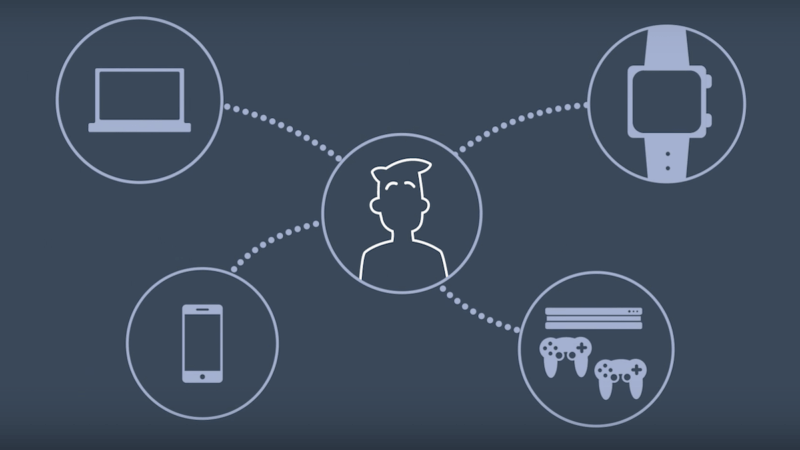 From a Tapad video

Imagine you characterized the buying habits of customers by the cars they took to your physical store.

One person took a Ford pickup truck to buy a tuxedo, and, the next day, that same person took the family’s other car — a Volvo — to buy comic books and beer.

A similarly one-dimensional view of a customer’s interests takes place if you only look at behavior through one specific computer, smartphone or tablet. Increasingly, one can include in that mix such additions as a connected TV or a smart car.

My normal behavior, for instance, is to conduct almost all of my online shopping on a computer, with its larger screen. But I commonly use my smartphone to check particulars about movies or restaurants, since those decisions are often made when I’m out and about. And, if we could easily order our favorite Chinese delivery through our connected TV, I’m sure we would.

That’s why cross-device identity matching — resulting in a Device Graph — is the foundation underlying modern user profiling for digital marketing. A marketer can’t get a full picture of a customer or a would-be customer unless they know the activities on all the devices used by that person.