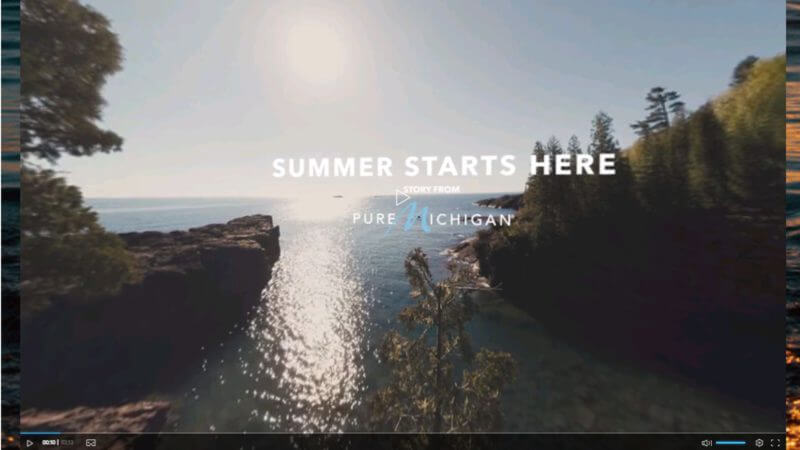 For the USA Today Network, virtual reality and 360-degree content is more than just hype. It’s becoming a revenue driver.

For roughly a year and a half, the Network has been working with advertisers to develop immersive branded content that can be distributed across its media properties.

The effort is spearheaded by the GET Creative unit, which launched in March 2016 as an in-house agency charged with executing projects for advertisers that can be promoted in all media that the USA Today Network operates in — including virtual reality (VR). The Network consists of over 90 local media properties and the flagship USA Today, reaching a combined audience of more than 100 million consumers in the US, according to the company.

GET Creative’s first project was for Honda. The team used VR to promote the carmaker’s ultrafast two-seat Indy race car. The branded VR experience put consumers in the passenger seat of the Indy car, rounding a race track at 200 miles per hour. That project “showed there’s an audience for VR,” said Kelly Andresen, SVP and head of GET Creative at USA Today Network, in a phone interview.

Most recently, the team launched a 360-degree campaign for Pure Michigan to promote travel and tourism to the state. Viewers can “look around” at the various points of interest profiled in the video.

In addition to branded content opportunities, the Network is experimenting with ad formats designed specifically for VR environments. The first is what the company calls a “cubemercial,” which puts the users inside a room or cube in which advertisers can project videos and other creative assets on all four of the “walls.” The aim is to make this entirely new format turnkey for advertisers by incorporating brands’ existing creative assets.

The Network has partnered with Nielsen to measure the impact of VR on brand metrics. “It’s an amazing medium for advertising,” said Andresen, “likely because it’s so immersive people remember the content and VR has a 2x brand recall compared to TV.”

The studio takes a multiformat approach: creating true VR content that requires a headset like Google Cardboard, Oculus or Samsung Gear VR and 360-degree content that can be distributed across mobile, desktop and app and does not require a headset.

“The multiformat approach expands reach, and we see 360 as a gateway to true VR,” says Andresen.

Interestingly, scale isn’t what Andresen mentions when asked what needs to happen for VR ads to become mainstream. “We have seen growth in true VR reach and expect to see more with the lower price points and variety of headsets available,” she said.

Instead, she named two critical things that still need to happen for VR advertising to truly take off:

First and foremost, says Andresen, is the need to establish a common lexicon for VR. There is no way to describe a “shot list” and story line to a client, for example, and the point of view for the story line now depends on the user’s frame of reference. The entire industry — producers, story tellers, clients, agencies — needs to be able to communicate.

We need a standard that can scale.

Second is the need for standards for VR ads and one experience that can scale. “All of us are challenged to really think creatively here. I wouldn’t want us to default to things like pre-roll. That’s not a great experience and we know this. An intrusive ad experience in VR is particularly bad because users have nowhere to go. . . Product placement is an interesting approach, but there is a challenge for scale because it’s so specific to the context,” says Andresen. “Our first foray borrowed heavily from linear video, but we see more [opportunity]. Can we move to a standard that’s scalable? Branded content has been a solution in that has filled a void.”

Google introduced an early VR ad concept this summer, and startups like Immersv and Outlyer Technologies are early entrants working on VR advertising.

There is no lack of client interest, says Andresen. Initially, clients are seeking education on the size of the opportunity and capabilities. Budgets are different for every client, with some pulling from video budget, some have an innovation budget, and some — she points to Lexus’s work with Saatchi & Saatchi’s Team One agency — have already made the investment in VR and are just looking for scale.

For its part, Andresen says, GET Creative is in position to grow adoption of this new medium that could end up changing our perceptions of advertising.