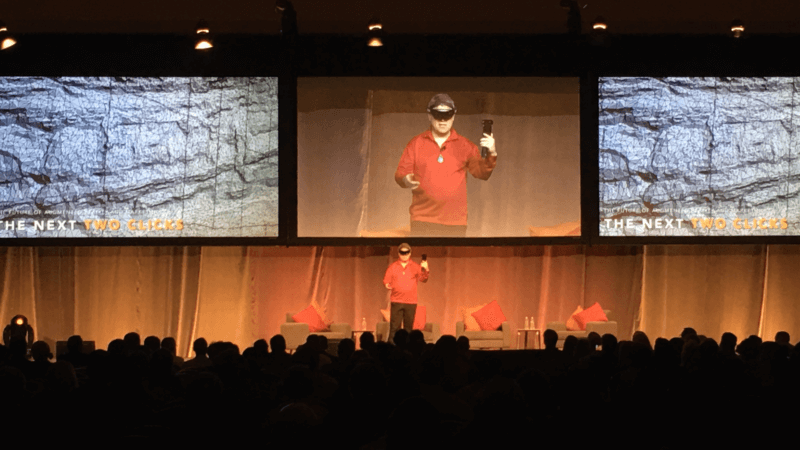 Those weren’t the exact words used by tech evangelist and author Robert Scoble in a keynote address on Wednesday, the last day of our MarTech Conference in Boston. But that was the basic idea, as he touted the transformation that augmented and virtualized reality will have on marketing and advertising.

He predicted that, within three to five years, consumers, business buyers and marketers will commonly call up augmented reality (overlays on real scenes through smartphones and glasses) and immersive virtual environments (using goggles and glasses). The effect on marketing, he envisions, will be nothing less than profound.

For one thing, he said, AR and VR represent the fourth major wave of user interfaces. The first was command line, followed by graphical user interface and touch. And the fifth wave? Scoble envisions brain interfaces, already in development.

The purpose of the widespread use of AR and VR, he said, will be to apply “new meaning to the world,” redefining both the world and the products in it.

The ABCs of improving email deliverability
How to build an audience of consumers in today’s highly competitive environment
5 metrics to measure the success of Facebook videos
With Snap Accelerate, Snapchat pursues mobile startups that built Facebook’s ad biz