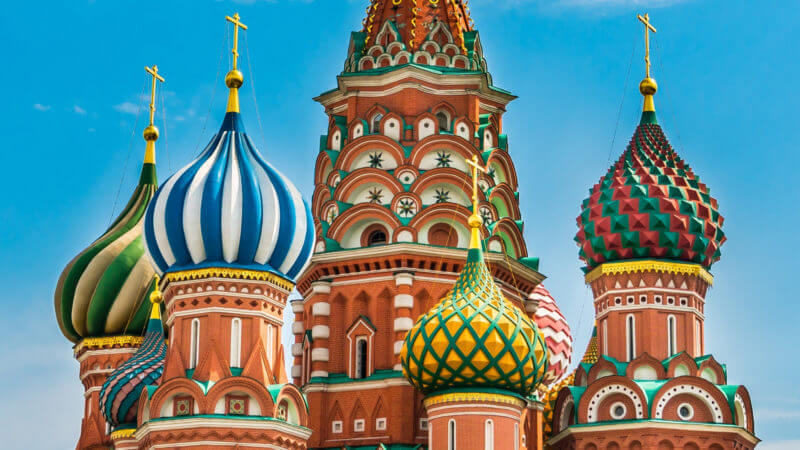 The news over the last several weeks and months has highlighted how the Russian government engaged in a multiplatform social media, search, video/YouTube (and perhaps display) strategy to influence the American public last year.

You can make your own decisions about how effective these tactics were; in the context of meddling with the US election, they’re downright disturbing. But some of them are actually worth considering within programmatic display, programmatic native, programmatic, video, and even programmatic audio.

Let’s deconstruct their overall strategy and apply it to traditional businesses, including B2B and B2C e-commerce (products and services).

Target the audience that can make a difference

Facebook hasn’t revealed the exact targeting levers that the Russian government used, but people close to the investigation allege that Russia (or its cutouts) used demographic targeting, targeting by gender, geography, interest and targeting via Custom Audiences (possibly using stolen voter data). In so doing, they were able to identify and segment those voters most likely to be influenced by their messaging.

You can use the same sophisticated tactics to move your own marketing needle. For example, instead of having just one audience definition to target against, use any audience definition you can, using first-party (retargeting and “custom audiences”) data, as well as third-party interest, demographic or psychographic data within your programmatic media buy (not to mention search, video and social).

Audiences that are too small aren’t worth the time, and those that aren’t narrow enough won’t respond to your custom messaging. If some of your larger audience segments are quite different from each other, then consider creating a different set of ads and landing pages.

For example, truck drivers, studious students and ravers all may be in the market for something that helps them stay awake and alert well into the night or morning, but creating custom creative for each group will likely generate much greater engagement that outperforms a single creative ad unit applied against the entire group.

Timing is everything. An ad presented at the wrong time has far less impact on both branding and direct response.

A 17-year-old seeing ads for baby diapers is as much a waste as one seeing ads for denture cream and incontinence products. An ad that leverages an event, craze or meme that was hot two weeks ago is similarly pointless.

Timing variables in programmatic include seasonality, time of day, day of week and recency to behavioral metrics. One of the reasons to set different cookie expiration lengths is that, in some cases, the recency of the behavior (behaviorally measured or other) may indicate a susceptibility to additional marketing messages. Each industry has its own decay curve on recency of behavior, based on how long a customer is likely to be in-market.

These days, it take a lot of excitement to break through the clutter. Even if your ad is well-targeted, you will lose if your message is boring.

Because so much branding happens at the landing page level, you need to find a message or headline bordering on click-bait. At the same time, however, you’ll have to work hard to have your “exciting” message compete for visibility against those of other marketers using the same tactic.

Being able to make your message timelier, or more personally relevant to your targeted micro-audience (perhaps by leveraging geography along with behavior), can improve your chances of breaking through the noise.

We like to think that we, our customers and prospects all make rational decisions, but humans are quite irrational. So much so that University of Chicago professor Richard Thaler recently won the 2017 Nobel Prize for his work on irrational decisions.

Rather than read all his research and all the media coverage of his Nobel win, let’s just say that it may be useful to “nudge” consumers your way with an emotional message. (The Russian government seems to have fully understood the value of nudging with emotional messages.)

And while the Russians appear to have focused mainly on the high-valence emotions of fear, resentment, anxiety and anger in their campaigns, positive “hot buttons” (e.g., surprise, awe, cuteness and happiness) can be equally effective in terms of nudging people further down your buy funnel.

Use other people’s landing pages

The Russians didn’t care whether people clicked out to InfoWars.com, Sputniknews.com, rt.com, TheGateWayPundit.com or another URL from their targeted ads. They kept their eye on the main objective (changing hearts and minds), irrespective of which site pushed which emotional button.

You can use this same tactic in your campaigns. I’m sure that your landing pages are great, but if someone else’s landing page or website accomplishes your marketing objective, consider sending traffic there.

The same holds true for Facebook groups or Twitter handles. It’s all about getting the message to your audience. Sometimes the fact that a third party is saying something about you acts as a “halo effect” that may add legitimacy to your claims.

Consider promoting content and pages that are negative toward your competition

I don’t personally advocate this tactic, but you’ll have to make your own ethical decision about it. If there’s a review or landing page that slams your competition and therefore might nudge people towards you as an alternative, you can choose to make that landing page one of your marketing touch points.

The downside of this approach is that, unless you happened to have been positively mentioned in the same review, your actions might merely result in getting your prospect to switch from one of your competitors to another.

Otherwise intelligent people can be triggered to react and share virally — even when they have the capability of ensuring the accuracy of the information before sharing it. So, in your campaign, it’s not about underestimating the intelligence of the target audience, but rather knowing that in many cases intelligence is not the dispositive factor in engagement or in decision-making.

Facebook opens up Stories to Pages so that someone will use the feature
The latest social media craze for marketers: Going offline
LinkedIn launches autoplay mobile video ads
YouTube location extensions & in-store visits measurement come out of beta