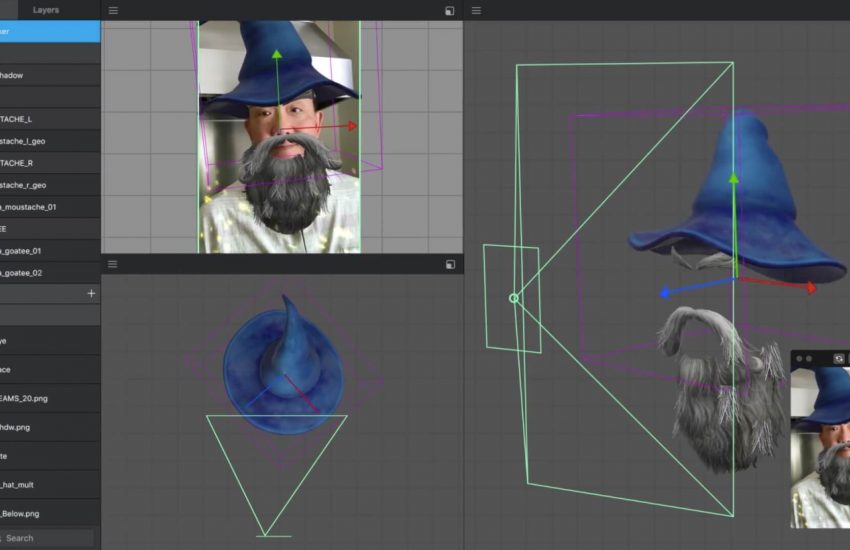 Facebook ramped up its run at Snapchat this week. The company even raced ahead of its rival by opening up its new Camera Effects Platform so that outside developers and designers can create their own Snapchat Lens-like camera effects for the increasingly Snapchat-like social network.

To produce these Camera Effects, Facebook has built a Mac app called AR Studio. People can upload 2D and 3D image assets, then arrange them into selfie masks, animated augmented-reality environments or a mix of both and play around with them in an in-app simulator. They can even test the masks on a diverse gallery of actors to ensure they work for everyone and write code to control their animations and access off-Facebook data, like a map of someone’s latest run.

Facebook’s AR Studio is rolling out in a closed beta, so it will be a while until most people get their hands on it. Luckily, during its F8 developer conference in San Jose, Calif., this week, Facebook hosted a series of sessions and erected a booth to demo the software. Here is what it’s like to use.